Here’s the finished bunny I was working on the other weekend.  It actually was surprisingly difficult for me to sew. I had a few test runs also – working out my pattern, which were all pretty frustrating. In the end though I think it’s kind of cute.  I hope sweet  little Layla likes playing with it.  I wound up using a variation of this pattern (just the body) and making my own style of ears, arms and legs. Definitely needs a little bow around it’s neck I think. 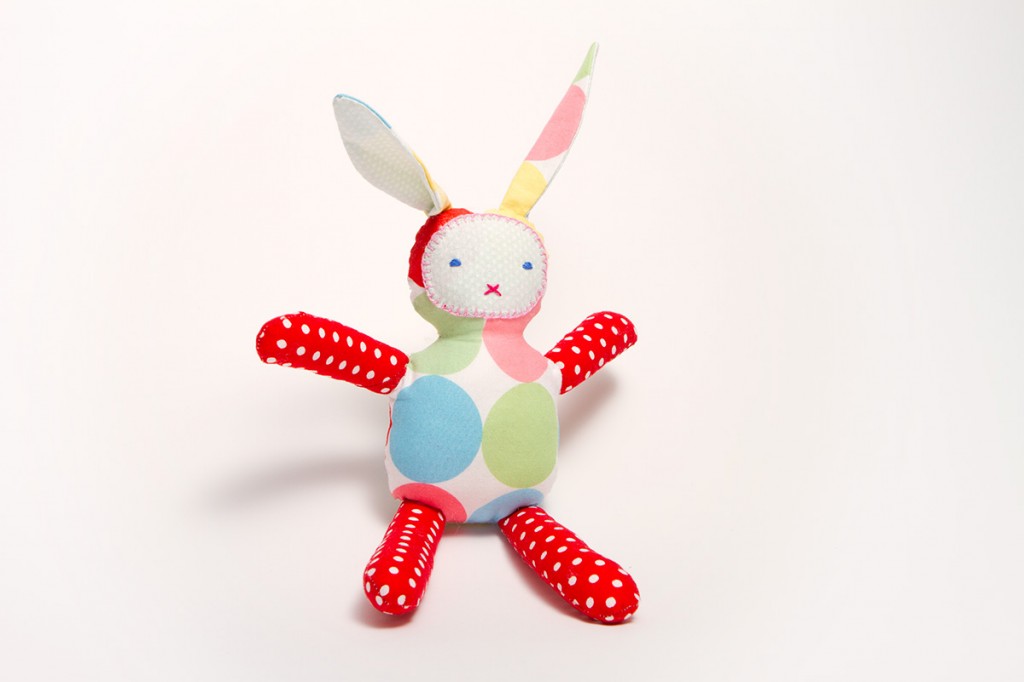 I was surprised how different it was to sew, but I have been sewing quilt blocks the last couple months.  Trying to do something curvy and fiddly was making me mental!  I was determined I could make it easily after we saw one in the store, but I have to admit, I struggled! It was a fun break from sewing tiny straight lines though and it’s always nice to make something specially for someone.